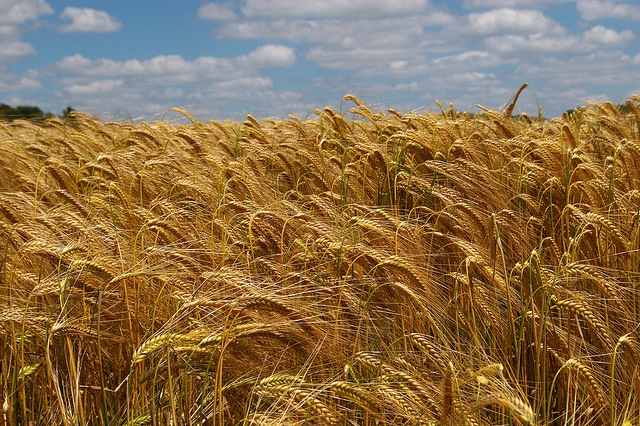 Rupert Sheldrake, in his book The Science Delusion, discusses the history of an emergent mechanistic view in science, which sees animals & humans as machine-like.

In the Enlightenment period, there was a clear movement away from Vitalistic thought, of which Hahnemann (who discovered Homeopathy) was clearly a proponent. In this, one can see that through our human minds, we were attempting to sever the connection between ourselves and Gaia, or mother earth, or the gods that could wreak such havoc on our crops. Instead of being one with nature, we waged war on her- we became fearful of weather changes that could kill our crops upon which we were now so reliant. By splitting ourselves off from nature, we gave ourselves the rights to do anything we want to animals, plants and natural resources in our own attempts to survive and prosper as an aggressive species.

This also creates a split in our minds-

On the one hand, we live with a predominantly materialistic world view, which decrees that animals are like machines and that everything can be explained by Chemistry and Physics. Anything resembling spirit, or life force should be explained as a bio-chemical process in the brain and if it can’t then it is denied out of hand. Mind as a concept doesn’t exist, only as a by-product of the brain; the randomized outcomes of our DNA, nerve cells, hormones and other chemical messengers. Through this severance of ourselves with nature, or between mind and body, we have found a newer more powerful way of controlling mass numbers of humans. Science allows even more control than it’s predecessor in organized Religion. It does this through the maxim “knowledge is power” and the vast majority of people do not question this knowledge.

However, there is an inherent contradiction in the materialistic world view of the ‘developed world’.

Most of us who keep pets or work in the garden, instinctively know that animals and plants have sentience. More importantly, how many of us actually think of ourselves as a collection of molecules being controlled in a mechanistic way by neural, chemical or hormonal messages? What about the people who believe in the mechanistic world view, or who propound such theories? Did they also come to these conclusions based on thought process that are purely a result of random chemical reactions in the brain? We think of ourselves as being individuals with our own goals, desires and patterns of behaviour. We do not think of ourselves as robots, whose every movement/ desire and action is being controlled by our resident DNA. So, there is a paradox within our current world view- this is also expressed in our desire to be close to nature, to escape the city at the weekend and retire to the countryside. Somewhere, we instinctively know the truth that we are a part of nature rather than being split off from it; seeing everything through this mechanical world view.